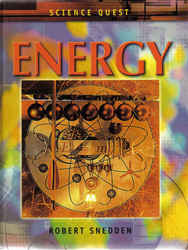 For many centuries people have wondered how our world works. In early times, gods and other mythical beings were used to explain how things happen. Only much later did the idea of energy in its many forms come to be accepted. This book follows the search for an understanding of what energy is, from the Ancient Greek philosophers to the great scientists of the twentieth century. It also looks at how science might help to meet our future energy needs.