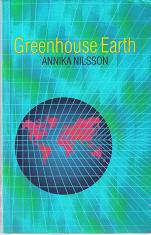 Since the greenhouse effect and global warming were first brought up on the international agenda of environmental problems, many efforts have been made to evaluate critically the scientific base for any predictions about climate change. This book is an attempt to capture the messages in those report to give the non-scientific reader a picture of the different factors that scientists consider in their scenarios of the future. The decisions called for in a global climate covention have to be made by policy makers worldwide, but the basis for those decisions is the picture painted by scientists.